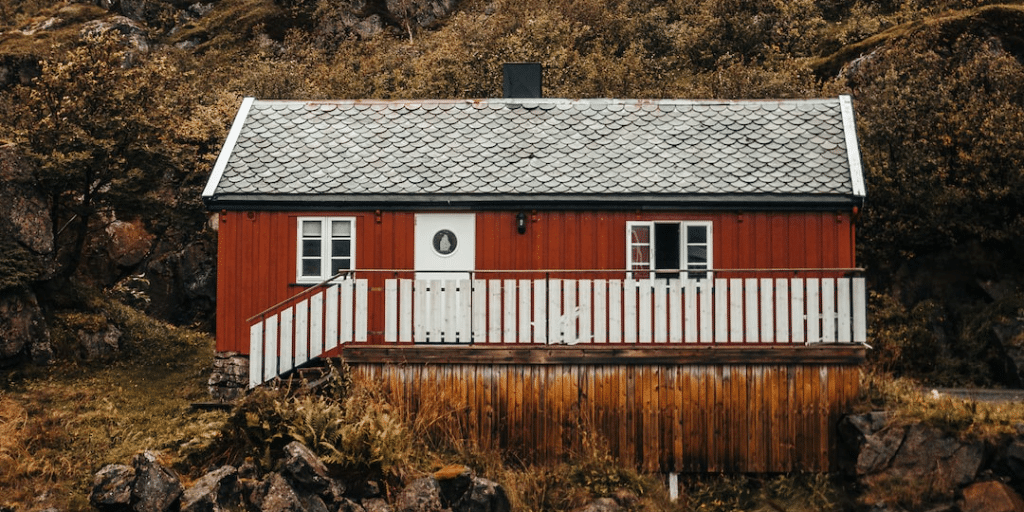 The Respondent and several other people are in a one-storey house (though the Court of Appeal believes this house has a single story, viz “one-story house” in para. 4; given the facts, there is likely more than one story to tell here).

The complainant decides to leave the house. Before she can do so, there is a knock at the front door. The Respondent grabs a shotgun, loads it, points at the door, and shouts “Who’s at the door?” He does not fire. (See para. 4).

The Respondent is convicted of nine offences in total. (See para. 6).

However, the Respondent is acquitted of the charge of intentionally discharging a firearm “into or at a place…being reckless as to whether another person is present in the place”, contrary to s. 244.2(1)(a) of the Criminal Code. (See para. 7). The “firearm was discharged upward into the attic”, but there is no evidence anyone is in or could be in the attic of a one-storey house. (See para. 9).

The Crown appeals against the acquittal. (See para. 7). The Crown’s point is that it should not matter if someone is in the attic. The Respondent fired the shotgun at part of the house and “place” is defined to mean “any building or structure – or part of one”. (See para. 18; s. 244.2(2) of the Criminal Code). Emphasis added by C.A.

The issue on appeal is the proper interpretation of s. 244.2(1)(a). Specifically, what does it mean to shoot a gun “into or at a place”? (See para. 2). The Trial Judge finds that, for a conviction to be entered, a Court must conclude that a firearm was discharged from one physical place into or at a different physical place. The Court of Appeal agrees with the Trial Judge’s interpretation. The appeal is dismissed. (See para. 3).

As a preliminary matter, the Court of Appeal determined the Crown’s appeal met the requirements of s. 676(1)(a) of the Criminal Code as it involved “a question of law alone”. That question: whether s. 244.2(1)(a) requires a firearm to be discharged from one physical place into or at a different physical place. (See para. 15).

As a matter of law, the Trial Judge found s. 244.2(1)(a) has a “directional component”. In other words, it is not enough for an accused to fire a shotgun within a place. (See para. 13). The Court of Appeal concluded the Crown must show that the shotgun was discharged from one physical place “into or at” a different physical place, in circumstances where the Respondent knows, or is reckless as to whether, another person is present in that other place. (See para. 46).

The Crown’s theory was that the Respondent committed the offence because he fired “into or at” the ceiling, which is part of the house. In other words, he shot “at” the house. (See para. 18).

The Court of Appeal determined the Crown’s position was not consistent with the purpose of s. 244.2(1)(a). For the Court of Appeal, accepting the Crown’s position would mean criminalizing “every discharge of a firearm within a building when a person other than the shooter is present is criminal, even if the situation is not dangerous.” (See para. 32). As the Court noted, that would mean,

The Court of Appeal was “particularly disinclined” to accept the Crown’s interpretation because doing so would mean criminalizing “benign conduct” and in circumstances where a conviction under s. 244.2(1)(a) carries a mandatory minimum penalty. (See para. 33).

For the Court of Appeal, a “more sensible interpretation” of the section is that it criminalizes conduct such as drive-by shootings at homes or buildings. (See para. 35).

Importantly, the Court of Appeal was careful to note that the offence can be made out where a gun is fired within a house or other building. However, careful attention needs to be paid to where the gun is being fired from and to what “place” it is being fired at or into. (See para. 43). This strongly indicates that the Respondent would have been convicted had there been evidence that he knew or was reckless as to whether someone was in the attic or on the roof of the one-story house. (See para. 42).