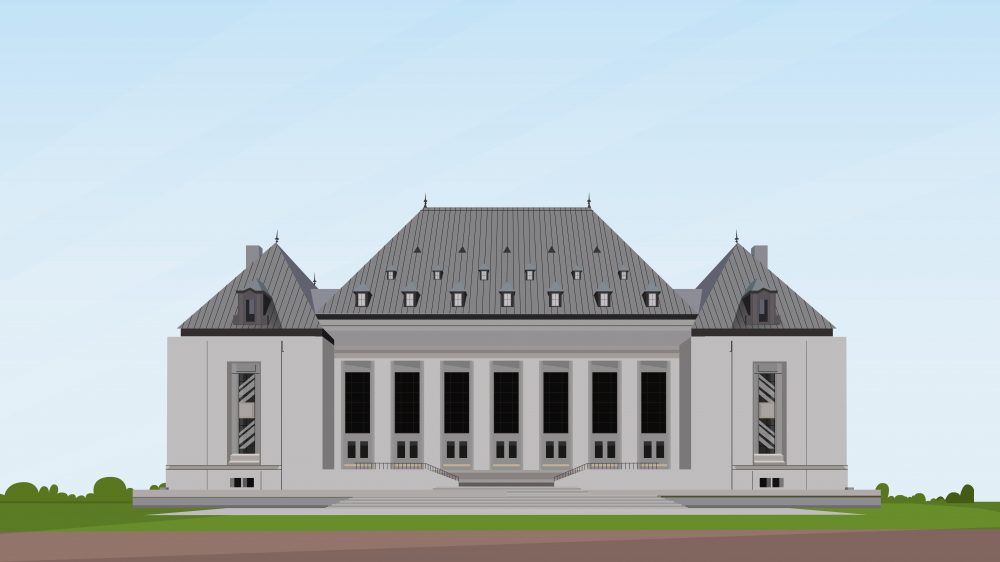 Turner v. R., 2022 ABCA 11 (40323)
The Applicant is a member of the Gwich’in First Nation. He was convicted of assault with a weapon and uttering death threats and sentenced to six months imprisonment, concurrent on each count, followed by two years’ probation. How should sentencing courts account for forward-looking consideration in applying Gladue determine the appropriate sanctions for Indigenous persons? Leave to appeal sentence was granted and the sentence appeal dismissed. “The motion for an extension of time to serve and file the application for leave to appeal is granted. The application for leave to appeal…is dismissed.”

Tutiven v. R., 2022 ONCA 97 (40318)
Mr. Prajapati, who was working as a gas station attendant, noticed Mr. Tutiven was driving away without paying. The video footage from the gas station showed Mr. Prajapati ran outside and ran towards Mr. Tutiven’s vehicle with his hands raised in a manner that suggested he was trying to attract his attention. Mr. Tutiven’s vehicle struck Mr. Prajapati and he was dragged under the vehicle. Mr. Prajapati died as a result of multiple blunt force injuries. Mr. Tutiven fled from the scene. After a trial by judge and jury, Mr. Tutiven was found guilty of second degree murder. The conviction appeal was dismissed. “The motion for an extension of time to serve and file the application for leave to appeal is granted. The application for leave to appeal…is dismissed.”

J. F. v. K. F, 2022 NLCA 33 (40321)
The mother, K.F., was born and raised in Newfoundland but moved to the Boston area where she became an occupational therapist, employed by the Boston school board. She met J.F., the father, in 2009 and they married in 2011. The father is self-employed as a sales agent. The parties have one child, a daughter, V, who was born in 2014 in Boston. The parties lived and worked in the Boston area throughout their marriage and V attended daycare, pre-school and kindergarten there. Each year, K.F. would travel back to St. John’s with V to visit with her parents and extended family there at Christmas time and again for a few weeks each summer. In the spring of 2020, the parties were both working remotely from home and V was attending school remotely as well.  The mother obtained special permission for her and V to travel to Newfoundland and they arrived in St. John’s on July 25, 2020. As Boston schools were still closed in the fall of 2020, the parties agreed K.F. and V should remain in St. John’s where V could attend Grade 1 in person. J.F. joined K.F. and V in St. John’s in November 2020 and stayed until March 2021in the home of the maternal grandparents. In April 2021, the Boston schools returned to in-person learning but the parties mutually decided V should complete her school year in St. John’s. When the school year finished, the mother and V stayed in St. John’s for their usual summer visit. The father understood they would return to Boston in mid-August. On July 30, 2021, the mother advised the father by telephone, she would not be returning to Boston to live and she had initiated divorce proceedings in Newfoundland. She was seeking joint parenting of V with V’s primary residence to be in St. John’s with the mother. The father brought a Hague Convention application, alleging V had been wrongfully retained in St. John’s. The mother’s position was V’s habitual residence had changed from Boston to St. John’s. The applications judge concluded Boston was the child’s habitual residence and ordered V be returned to Boston. This decision was overturned on appeal. “The application for leave to appeal…is dismissed with costs.”

Misir, et al. v. Ontario (Health and Long-Term Care), 2019 ONCA 36 (40283)
Applicants Marc and Randolph Misir (together, “the Misirs”) are Canadian citizens. The Misirs’ coverage under the Ontario Health Insurance Plan (OHIP) was cancelled in 2008, over concerns they did not meet the Ontario residency requirement. The Misirs requested a review of their OHIP eligibility; the Respondent Ministry of Health and Long-Term Care again denied coverage. The Misirs appealed to the Health Services Appeal and Review Board (the “Board”). The Board concluded the Misirs had not demonstrated they met the physical presence and residency requirements for OHIP coverage, and dismissed their appeal. The Misirs did not appeal the Board’s decision. Instead, they applied to the Superior Court of Justice for a declaration the Health Insurance Act — which prevents OHIP-eligible Ontario residents from buying private health insurance for OHIP-insured services — breached their rights under s. 7 of the Charter. The application judge noted s. 14 did not apply to the Misirs because they had been deemed ineligible for OHIP coverage. Further, the Misirs had not demonstrated s. 14 of the Act infringed their rights to life, liberty and security of the person under s. 7 of the Charter. The application was dismissed. The Ont. C.A. upheld the application judge’s decision. “The motion for an extension of time to serve and file the application for leave to appeal is granted. The application for leave to appeal…is dismissed with costs.”

OZ Optics Ltd., et al. v. Victor Ages Vallance LLP, 2022 ONCA 169 (40178)
An application was brought by a law firm in Ottawa against the four Applicant OZ entities and its principal, Omur Sezerman for an assessment of accounts owing. An assessment order was issued under s. 3 of the Ontario Solicitors Act. A motion to set aside the assessment order was dismissed. The assessment officer assessed each of the accounts and confirmed the requested total of $148, 120.95. The OZ entities appealed the assessment to the Superior Court where the certificate of assessment was confirmed. The appeal to the Ont. C.A. was dismissed. “The application for leave to appeal…is dismissed with costs.”

Gokey, et al. v. Usher, et al., 2019 BCCA 470 (40211)
The Gokeys and their neighbours, Mr. Usher and Ms. Parsons, had competing claims over the use of a water well on their shared property line.  The Small Claims Division of the Provincial Court of British Columbia ordered the Gokeys pay for an easement around the well and for half of the costs of preparing the easement. The B.C.S.C. dismissed the Gokeys’ appeal and their application to reconsider that decision, and rejected a further application for clarification. The B.C.C.A. quashed the appeals for want of jurisdiction, confirming the legislature had constitutional authority to limit the court’s jurisdiction to hear appeals and the fact other provinces may provide greater appeal rights cannot form the sole basis of a s. 15 Charter challenge. “The application for leave to appeal…is dismissed with costs to the respondents, Gordon F. Usher and Patricia Ann Parsons.”