Tomb of the Unknown Soldier 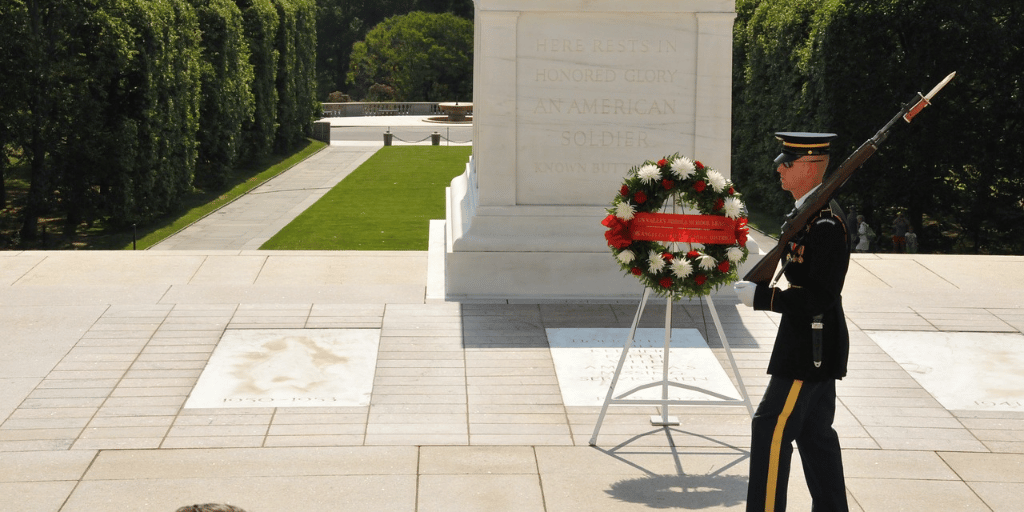 Ceremony in Ottawa at the War Memorial/Tomb of the Unknown Soldier. Starts approx. 10:30 a.m. EST.

Am always impressed with how seriously the U.S. takes guarding their Tomb of the Unknown Soldier (Arlington National Cemetery, in Washington D.C., technically in Virginia).

For example, the soldiers (known as “Sentinels”) guard the tomb 24/7—every minute of every single day, no matter the weather. Been doing so since 1937. Yes, women too, including as Sergeant of the Guard.

Click here for a “behind the scenes” look at just how serious the sentinels view their assignment.

Though it’s not referenced in this 10 min. clip, I have read that (don’t know if the case for sure):

Could we in Canada do better? Yes, we can. And yes, we also have one, a Tomb of the Unknown Soldier—it’s a 10 min walk from our offices at Supreme Advocacy. Only “guarded” by uniformed soldiers over the summer really (April 9, the date of the start of the Battle of Vimy, to Nov. 10th). From 9 a.m. to 5 p.m. Office hours. The Canadian soldiers we sent overseas to WW1, WW2, Korea, Bosnia, Afghanistan (and elsewhere), they only fight during office hours? My grandfather was in WW1, my father in WW2; they said nothing of office hours; they spoke of pre-dawn attacks.

A former intern of Supreme Advocacy, now a law student at Lakehead, guarded there while in the Reserves (and still is). Dylan Challinor. He will be a “sentry” at the cenotaph in Thunder Bay on Friday—in a McGilvery tartan kilt. Say hello from Eugene if you see him.

I sometimes cycle by the War Memorial (it’s in the middle of a large triangular traffic intersection in downtown Ottawa) early morning/late evening. And sometimes have to ask a buncha skateboarders to cease and desist—or I make a call. Haven’t yet had to, and haven’t yet received a skateboard to the face. Got some beauteous phraseology in reply though, always preceded by proof that I-lack-a-working-vocabulary-indicator, ie using the F-word as preface to the more meaningful message. It’s always fun to reply “And you have a Fan-tastic day too”. Some actually laugh—then they leave.

Can we do better? Yes, we can. Even the skateboarders agree, when reminded. They remind. We remember. Both important.