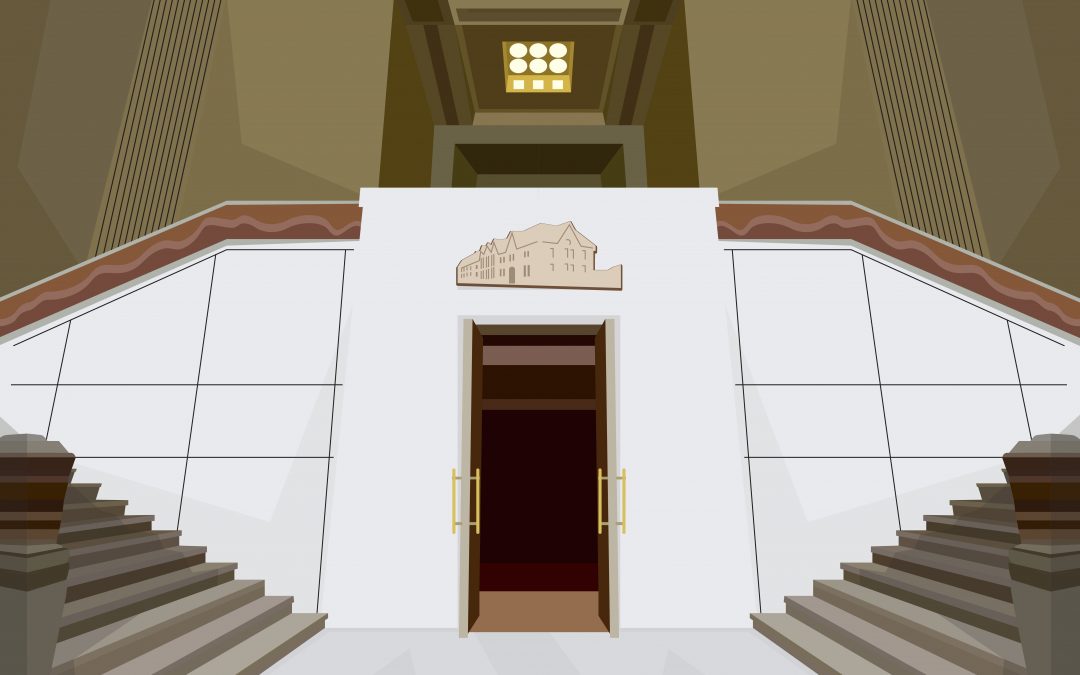 Klassen v. Her Majesty the Queen in Right of the Province of British Columbia (Minister of Public Safety and Solicitor General), 2021 BCCA 294 (39839)
The Applicants, Mark and Olive Klassen, were acquitted of assaulting a police officer — the Respondent Constable Lane Tobin — in criminal proceedings. The Applicants then sued the Respondents, the police officer and the province of British Columbia, seeking damages for torts occurring during their unlawful arrest. In their response to the civil claim, the Respondents asserted various facts that were rejected by the criminal proceedings trial judge, including Constable Tobin was justified in arresting the Applicants. The Applicants applied to have certain paragraphs of the response struck from the record, on the basis of the doctrine of issue estoppel and abuse of process. They submitted the lawfulness of the arrest had already been determined and ought not to be re‑litigated. The chambers judge dismissed the Applicants’ application to strike. The B.C.C.A. unanimously dismissed the Applicants’ appeal from that decision. “The application for leave to appeal…is dismissed with costs.”

Tayongtong v. R., 2021 ONCA 281 (39776)
Mr. Tayongtong was charged with first degree murder. While in court awaiting case management proceedings, he interrupted proceedings in another case and uttered several inculpatory statements including admissions of guilt. An order was issued to assess his fitness to stand trial. Once Mr. Tayongtong was found fit, the trial proceeded, and Mr. Tayongtong pled not guilty. The trial judge ruled the Crown could enter the statements of guilt into evidence. A jury convicted Mr. Tayongtong of second degree murder. The Ont. C.A. dismissed an appeal. “The application for leave to appeal…is dismissed. Jamal J. took no part in the judgment.”

ADAG Corporation Canada Ltd. v. SaskEnergy Incorporated, 2021 SKCA 74 (39766)
SaskEnergy Incorporated leased a building from the general partner of a limited partnership. It attempted to exercise one of five options to purchase the building included in the lease. In prior proceedings, the Sask. C.A. declared the option unenforceable unless SaskEnergy can prove ratification of the option by the limited partners or estoppel by election. It remitted the matter to the Court of Queen’s Bench. The Court of Queen’s Bench found ratification and estoppel by election. It held the option enforceable. The Sask. C.A. dismissed an appeal. “The application for leave to appeal…is dismissed with costs.”

Danby Products Limited v. President of the Canada Border Services Agency, 2021 FCA 82 (39755)
An importer disputed the Canada Border Services Agency’s classification of wine coolers under the Customs Tariff. The importer appealed to the Canadian International Trade Tribunal; Danby Products Limited intervened. The Canadian International Trade Tribunal affirmed the classifications of the goods as “refrigerators, household type and compression‑type” and “other refrigerators, household type”. The Fed. C.A. dismissed an appeal by Danby. “The application for leave to appeal…is dismissed with costs.”

Mikelsteins v. Morrison Hershfield Limited, 2021 ONCA 155 (38806)
The Respondent, Morrison Hershfield Limited (“MHL”), is an employee owned engineering firm that provided engineering and construction consulting services. Mr. Mikelsteins was employed by MHL for 31 years in a senior role with the firm. On October 26, 2017, he was notified in writing his employment was being terminated without cause, effective immediately. At the time, he owned shares in his employer’s parent company. His annual compensation package included a base salary, employment benefits, company contributions to his RRSP, and a pay for performance plan. He was also eligible to purchase shares in the company under the terms of a shareholders’ agreement, and had done so over the years. Because he owned shares, he also received an annual “share bonus.” That agreement purportedly made provision for an employee’s shares in the event of receipt of a notice of termination by the employee. Mr. Mikelsteins commenced an action for wrongful dismissal and a motion for summary judgment. At issue was the reasonable notice period he should have received, the damages he was entitled to his entitlement to any increase in the valuation of his shares during the notice period, any gross up on the value, the share bonus, and his final award in view of his continuing obligation to mitigate his damages. The motion judge awarded Mr. Mikelsteins damages for wrongful dismissal based on a notice period of 26 months. Summary judgment was granted for his base salary, bonus, RRSP contributions and benefits. With respect to Mr. Mikelsteins’ shares, the motion judge held Mr. Mikelsteins was entitled to hold the shares until the end of the reasonable notice period and receive damages for the loss of the share bonus that would have been payable during that 26-month period. Ont. C.A.: Respondent’s appeal allowed; Appellant  not entitled to compensation for benefits under shareholders’ agreement during notice period. “The application for leave to appeal…is dismissed with costs. Karakatsanis J. took no part in the judgment.”

Ennis v. Canada (Attorney General), 2021 FCA 95 (39800)
The Fed. Court set aside a screening decision of the Canadian Human Rights Commission in which it concluded an inquiry by the Canadian Human Rights Tribunal into the discrimination complaint made by the Applicant, Mr. John Ennis, was not warranted. The Commission made this decision after receiving an assessor’s report that recommended the Commission reach the opposite conclusion. The Fed. Court substituted its own analysis for that of the Commission and granted the Applicant’s application for judicial review. It ordered any reconsideration ought to be performed by different members of the Commission. The Fed. C.A. allowed the Attorney General of Canada’s appeal, set aside the judgment of the Fed. Court, and dismissed Mr. Ennis’ application for judicial review. “The application for leave to appeal…is dismissed with costs.”

Aziz v. Canada (Human Rights Commission), 2021 FCA 14 (39717)
Mr. Aziz was arrested in Malta for allegedly providing false documents in order to obtain Maltese citizenship. Maltese authorities sought mutual assistance from Canadian authorities in verifying, inter alia, Mr. Aziz’s identity and place of birth. Mr. Aziz sent a request to the Canadian Human Rights Commission (“CHRC”) asking Canadian authorities not to respond to requests from the Maltese authorities on the ground the requests were illegal. Mr. Aziz was advised by email his request to file a complaint with the CHRC could not be accepted because he was not in Canada and had no right to lawfully return to Canada. Mr. Aziz applied for judicial review of that correspondence. He subsequently applied to convert the judicial review application into an action for several declarations. The Minister’s motion to strike his notice of application without leave to amend was granted and Mr. Aziz’s motion was dismissed. His notice of appeal was subsequently struck. “The motion for an extension of time to serve and file the respondent’s response, filed by the Minister of Citizenship and Immigration, is granted. The application for leave to appeal…is dismissed.”

Poulin v. Bank of Montreal, 2021 QCCA 426 (39777)
In February 2017, the Respondent, Bank of Montreal, granted a mortgage to the Applicant, Mr. Poulin, for the purchase of a house. It provided the only authorized method of making payments was by debiting a bank account. The Applicant closed his bank account in September 2017 and made some partial payments in cash. He later deposited 24 post‑dated cheques as payment; only the first cheque was cashed by the Respondent. The Applicant defaulted as of January 2018. In August 2018, the Respondent filed an originating application on account for forced surrender and authorization of sale under judicial authority.  The Court of Québec allowed the Respondent’s application for forced surrender, authorized the sale of the Applicant’s property under judicial authority and ordered the Applicant to repay the Respondent $71,418.54, with interest on $67,949.64. The Qué. C.A. dismissed the Applicant’s appeal. “The application for leave to appeal…is dismissed.”

Abilogoun v. Conseil d’administration de l’Ordre des Comptables professionnels agréés du Québec, 2020 QCCA 1780 (39722)
The executive committee of the Ordre des comptables professionnels agréés du Québec (“Order”) made a decision concerning the status of the Applicant, Ariel Virgile Chokki Abilogoun. The executive committee struck Mr. Abilogoun off the roll of the Order for failing to pay his annual assessment within the time specified and the late fees imposed on members who do not pay their annual assessment on time. Mr. Abilogoun applied to the Superior Court for judicial review of that decision, challenging the executive committee’s jurisdiction to make such an order.  Moore J. of the Québec Superior Court dismissed Mr. Abilogoun’s application for judicial review of the Order’s decision. Healy J.A. of the Qué. C.A. dismissed Mr. Abilogoun’s motion for leave to appeal. “The application for leave to appeal…is dismissed with costs.”

Lawen v. Nova Scotia (Attorney General), 2021 NSCA 39 (39770)
Jack Lawen died in 2016, leaving four adult children, three daughters and one son (the Applicant, Michael Lawen). His will left $50K each to two of his daughters, nothing to his third daughter and the residue of the estate to the Applicant. The three daughters commenced an action against the estate brought under s. 3(1) of the Testators’ Family Maintenance Act, R.S.N.S. 1989, c. 465 (“TFMA”), alleging their father’s will failed to make adequate provisions for them as dependants. In response, the Applicant and the estate’s executor, Joseph Lawen brought an application challenging the constitutional validity of ss. 2(b) and 3(1) of TFMA, alleging those provisions contravened the freedom of conscience under s. 2(a) of the Charter and the liberty rights in s. 7. The three daughters were not named as parties in the Charter challenge. The Applicant and the executor were granted public interest standing in the Charter challenge application. The application judge held s. 2(a) of the Charter was not violated by the impugned provisions, but the definition of “dependant” was overly broad and offended the s. 7 liberty interests of testators generally. The application judge further found the breach of s. 7 was not saved by s. 1. Pursuant to s. 52 of the Constitution Act, 1982, the court read down the meaning of “dependant” in the TFMA to exclude all non-dependant adult children. The Respondent, Attorney General of Nova Scotia, appealed the decision and the Applicant filed a notice of contention asserting the decision should be upheld. The N.S. C.A. allowed the appeal and dismissed the Applicant’s notice of contention. “The motion for an extension of time to serve and file the application for leave to appeal is granted. The application for leave to appeal…is dismissed with costs to the Attorney General of Nova Scotia representing Her Majesty the Queen in Right of the Province of Nova Scotia.”