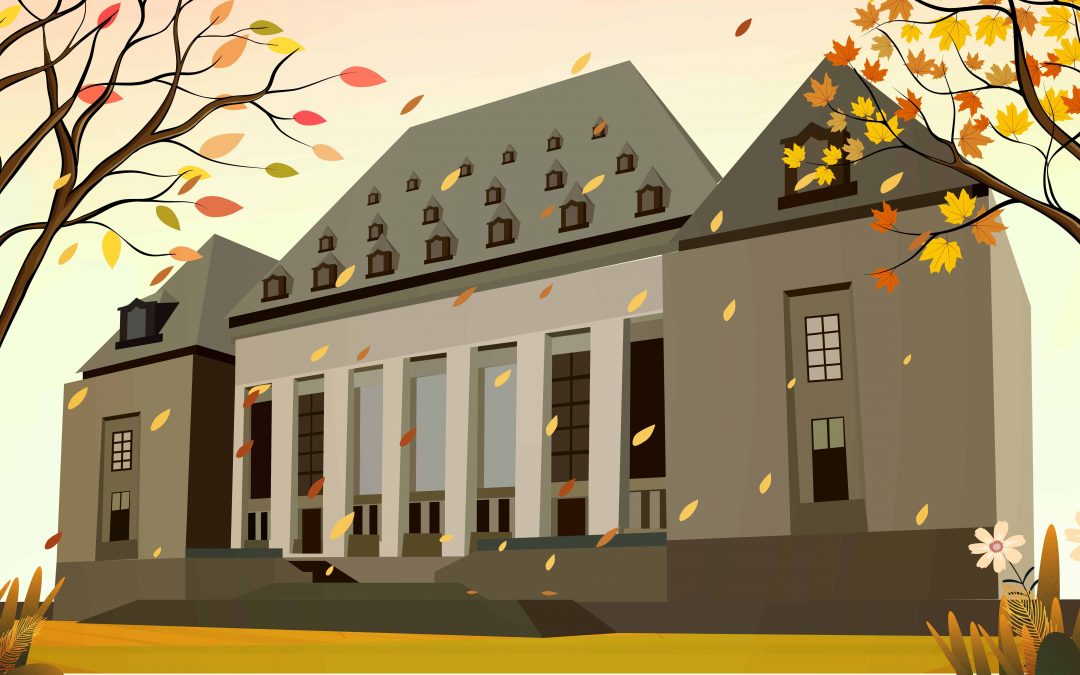 Hrabovskyy v. Attorney General of Canada, 2021 QCCA 85 (39721)
The Applicant, Mr. Hrabovskyy, was a Canadian citizen residing in the Province of Québec who worked in a laboratory in Norway as part of his Master’s program in chemistry. In that context, he developed a long‑term illness due to the inhalation of diethyl. He claimed before the Norwegian authorities for pension and disability benefits, but relief was refused under the applicable legislative regimes. He then sought various orders against the Respondent attorneys general in Québec for similar compensation, alleging participation by them in a fraud perpetrated by the Norwegian authorities in the handling of his claim. The Respondent attorneys general successfully moved to dismiss Mr. Hrabovskyy’s claim for abuse of procedure. The Qué. C.A. dismissed Mr. Hrabovskyy’s application for leave to appeal, having found no error in the judgment of first instance or a question going beyond the interests of the immediate parties. “The miscellaneous motion is dismissed. The application for leave to appeal…is dismissed with costs to the respondent, Attorney General of Canada.”

Rajmoolie v. R., 2020 ONCA 791 (39700)
Mr. Rajmoolie pleaded guilty to firearms offences. At his sentencing hearing, he sought credit for time served and additional credit for the harsh conditions experienced while incarcerated in Toronto East Detention Centre. He was sentenced to four years less credit for time served with no enhanced credit for the conditions of his pre‑sentence detention. The Ont. C.A. dismissed the appeal. “The motion for an extension of time to serve and file the application for leave to appeal is granted. The application for leave to appeal…is dismissed.”

Fleischer v. Tribunal des professions, et al., 2020 QCCA 1651 (39746)
This Leave involves malpractice allegations launched against a lawyer who represented the Applicant, Ms. Fleischer, at trial in the context of litigation involving her late father’s estate. Ms. Fleischer was sued by her lawyer for unpaid fees following the trial, and she responded by lodging complaints initially before the Syndic du Barreau du Québec, and then to the Disciplinary Council of the Barreau du Québec, alleging her representation fell below the applicable ethical standards. The Disciplinary Council of the Barreau du Québec acquitted Ms. Fleischer’s lawyer of the offences alleged in her complaint. The Professions Tribunal dismissed Ms. Fleischer’s appeal on a summary basis, having determined her prospective appeal stood no reasonable chance of success. Ms. Fleischer’s application for judicial review was dismissed by the Superior Court, and the Qué. C.A. denied her application for leave to appeal. “The application for leave to appeal…is dismissed with costs to the respondent Louis Brousseau. Kasirer J. took no part in the judgment.”

Tri-C Management Limited v. Nova Scotia (Attorney General), 2021 NSCA 26 (39678)
Highway 104 in Nova Scotia used to pass through the Town of Antigonish. The Province of Nova Scotia constructed a by‑pass. The by‑passed portion of highway became a trunk highway. Five businesses commenced claims for injurious affection. The Nova Scotia Utility and Review Board dismissed the claims. The N.S. C.A. dismissed appeals and a cross‑appeal. “The application for leave to appeal…is dismissed with costs.”