What Constitutes “Using” a Cell Phone for a Provincial Offence? 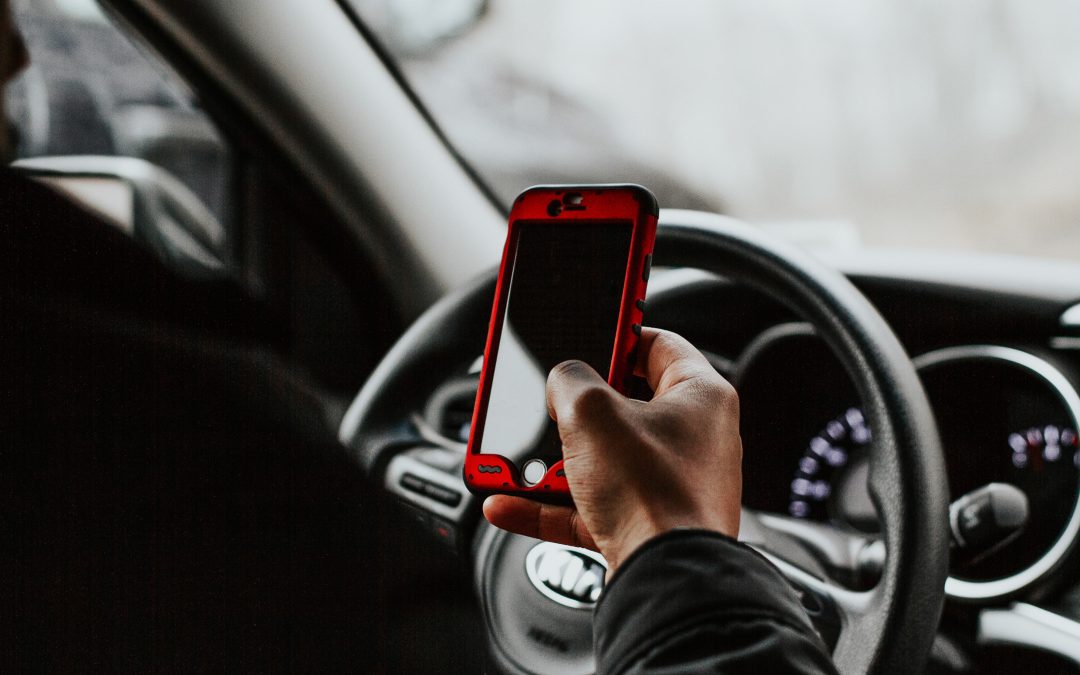 An officer observes the Appellant looking down while driving. The officer approaches the car; finding “a cell phone connected to a cord face-up” in the Appellant’s lap. (See para. 2). The Appellant is issued a ticket for driving contrary to s. 214.2(1) of the B.C. Motor Vehicle Act. The offence: using an electronic device while driving.

In “traffic court”, the Appellant testifies his phone was “wedged between his right thigh and the car seat” and that he had just been “looking down”. The ticket is upheld. The Appellant then appeals to the B.C.S.C., arguing the court erred by suggesting the mere presence of an electronic device constitutes a prohibited distraction and by finding that charging a cell phone without actually touching it constitutes “use” within the meaning of s. 214.2(1) of the Motor Vehicle Act.

At the summary conviction appeal, the Crown concedes the traffic court decision contains legal errors (e.g. the Motor Vehicle Act does not does “prohibit the presence of an electronic device…on the possibility that its mere presence may be a distraction”). (As quoted at para. 4). However, applying the curative proviso in s. 686(1)(b) of the Criminal Code, the B.C.S.C. affirms decision. The Court of Appeal agrees with that result.

Section 214.2(1) of the Motor Vehicle Act states: “[a] person must not use an electronic device while driving or operating a motor vehicle on a highway.” The word “use” is defined at s. 214.1(a) to include “holding the device in a position in which it may be used.” [Emphasis added]. The important question raised by this case is whether the prohibition set out in s. 214.2(1) of the Motor Vehicle Act applies to a cell phone wedged between a driver’s leg and the seat – does that constitute “use” and/or does that count as “holding”? More broadly, in Canada, should the words “use” and “holding” be interpreted broadly enough to include the simple act of plugging a cell phone in to charge? Are other factors relevant?

For example, one notes the Appellant’s car is not described in the reasons of the B.C.S.C. or the Court of Appeal. However, and regardless of the vehicle in question here, access to “hands free” cell phone technology may or may not be an option for all Canadians. The relative age of one’s vehicle (and, therefore, the ability to drive a vehicle with “hands free” technology) may be tied to one’s socio-economic status. For those who simply cannot afford to purchase a vehicle equipped with the latest safety technology, is the interpretation offered by the courts herein unduly punitive?

In this case, the Court of Appeal determined that the prohibited “holding” of a cell phone is not restricted to using one’s hands. (See para. 11). In other words, an electronic device can be “used” whether or not the driver of a vehicle is literally manipulating it.

Citing the “interpretative principles” described in R. v. Tannhauser, 2020 BCCA 155 and s. 3(1) of the Use of Electronic Devices While Driving Regulation, B.C. Reg. 308/2009, the Court of Appeal also noted the definition of “electronic device” is not restricted to “handheld devices” but also includes GPS and televisions. (See para. 11). For those whose vehicles are not equipped with an onboard GPS system, does the interpretation offered by the B.C.S.C. and Court of Appeal impose a disproportionate burden on Canadians? Indeed, if one has an onboard system, does merely touching it = use? (In my case I have an iPhone clamp on the handlebar of my bicycle for long bike trips – if I touch it while riding, to check the route, am I in contravention? A bicycle can be a “vehicle” for various traffic purposes).

Ultimately, the Court of Appeal herein appears to have been motivated by the “Legislature’s object” (i.e. safety concerns; preventing death and injuries associated with distracted driving) in reaching its decision: “I agree with the judge that ‘holding’ should not be interpreted in a manner that ‘would allow drivers to operate their vehicles with electronic devices in their laps, between their thighs, tucked under their arms or chins, or supported by other parts of their bodies’”. (See para. 12). In support of this interpretation, the Court of Appeal relied on the Oxford English Dictionary, 2nd ed. and the Merriam-Webster Dictionary definitions of “hold”; concluding that “holding” within the meaning of s. 214.1(a) means “physically grasping, carrying, or supporting an electronic device with any part of one’s body in a position in which the device may be used.” (See para. 15).

With respect to the curative proviso, the Court of Appeal determined the Appellant’s conviction was “inevitable” since, on either his account or that of the officers, he was “holding the phone by physically supporting it with a part of his body in a position in which it could be used.” (See para. 17). However, is that the last word in this case? Alternatively, might this be a good opportunity for the Supreme Court of Canada to clarify the meaning of “use” and “holding” for Canada? Qui vivra verra.

Unrelated, but reminds me of the case I read of while at Law School in Edinburgh: a police car with a calibrated speedometer (i.e. could give a speeding ticket on that basis) drives alongside a motorist speeding on the M74 (driving to Glasgow). The motorist does not notice the police beside him. The reason? He is reading a book. Distracted driving indeed. (It’s ok to visit Scotland now. We don’t do that any more. Cyclists, though? Yes).

Counsel for the Respondent: M. A. Street