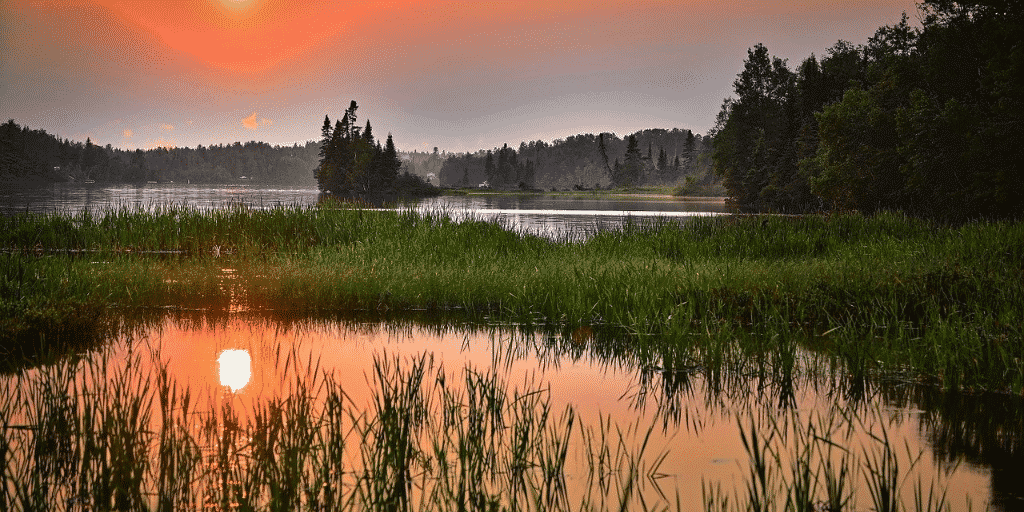 The Appellants are homeowners in Lorne Park Estates, Mississauga. They build a retaining wall on the neighbouring property. The Lorne Park Estates Association holds the property in question in common for all residents of the neighbourhood. Since the property adjoins a wetland, construction of the wall requires permission from the Credit Valley Conservation Authority under the Conservation Authorities Act, R.S.O. 1990, c. C.27 and associated Regulation (O. Reg. 160/06).

The Appellants have permission from the President of the Association to build the wall, but not the Conservation Authority. Before a Justice of the Peace in Provincial Offences Court, the Association pleads guilty to interfering with and developing a wetland without permission from the Conservation Authority, and accepts the retaining wall is an “illegal encroachment”. (See para. 6).

The Appellants apply to intervene in sentencing and to argue the wall should not be removed. The application is opposed by both the Association and Conservation Authority. The Justice of the Peace finds a parallel civil action is the more appropriate venue to deal with the Appellants’ arguments; orders the Association to rehabilitate the wetland by removing the wall and restore vegetation in the area.

The Appellants apply for certiorari under s. 140 of the Provincial Offences Act, R.S.O. 1990, c. P.33 to quash the order dismissing their application to intervene in sentencing. The Application Judge dismisses the application. The Appellants then appeal to the Court of Appeal as of right, pursuant to s. 140(3) of the Provincial Offences Act. The Court of Appeal finds no reviewable error in the Application Judge’s decision to refuse certiorari.

On an application for relief in the nature of certiorari, the Superior Court of Justice shall not grant relief unless the court finds that a substantial wrong or miscarriage of justice has occurred, and the court may amend or validate any decision already made, with effect from such time and on such terms as the court considers proper.

The Court of Appeal noted that, in the context of criminal and quasi-criminal cases, intervention is “granted sparingly”. The reason provided by the Court of Appeal is that, generally speaking, it would be “unfair” for third parties to participate in matters between the Crown and an accused. (See para 15; see also R. v. Morris, 2019 ONCA 509, at para. 3 and R. v. MacKay, 2020 BCCA 258 at para. 20).

What about intervention at a sentencing? The Court of Appeal determined this would be “unusual” and found the resulting unfairness in this case was “obvious”:

Although the Court of Appeal alluded to the possibility the Appellants herein had “a direct interest in the outcome of the sentencing”, the Court ultimately found “no basis to disturb” the Application Judge’s conclusion to refuse certiorari. (See paras. 17-18).