“A Fine Ending for a Man Who Lived a Great Life” 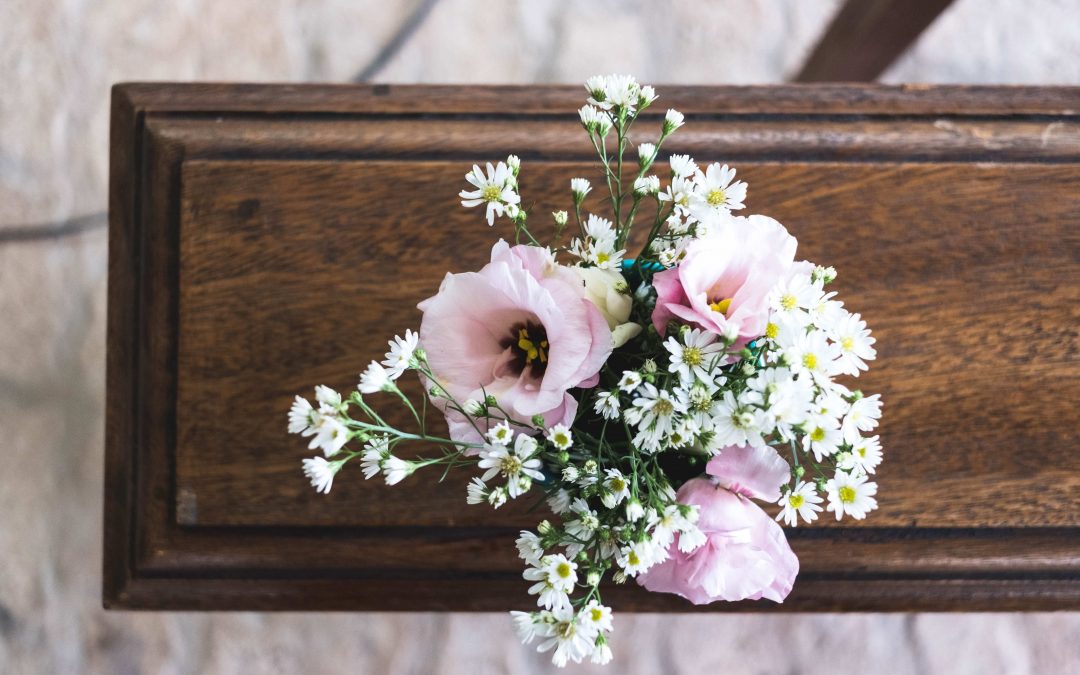 I asked Executive Director (and lawyer) of the APTLA (Atlantic Provinces Trial Lawyers Association) Libby Kinghorne, if I could have her permission to include the Eulogy she wrote for her father who passed away in June (my own dad died last month, and at a recent CLE we spoke with each other about our respective, and our families’, loss). With permission, here’s what she wrote below:

“My Father was a man of strong opinions… about things both small and big. The strength of his conviction was the same in either case. A representative range would include whether or not Cheese Wiz should ever be eaten (no) to higher education (very pro), adultery (con) and free speech (mostly pro). All one had to do was express something in contrast to his view to get the opportunity to explore – at length – his opinion on it. Bolstered by (sometimes questionable) facts and statistics, he argued every point. Indeed, he enjoyed a good argument; not a fight, mind you – an argument; and he created or participated in many.

There were sometimes arguments found in unexpected places. We declined, for example, to debate him about the identity of two statutes outside the Mirage Hotel in Las Vegas. To the casual eye, they would appear to be Siegfried and Roy; but Dad was convinced they were Romulus and Remus. We felt the lion was a dead giveaway…but to my Father, no.

Dad disliked power imbalances and bullies and did not really adhere to a hierarchical approach to employment situations. When asked for his opinion at work, he often gave it. Strangely, it was an unappreciated gift to be informed in advance that a plan would not work – even if that assessment was ultimately proven correct and if accepted in the first place would have saved a lot of unnecessary effort and expense.

As for bullies, when he was about ten my Father challenged his local bully who was brandishing an ax. As a testament to his boldness and with a steady gaze, Dad said, “you wouldn’t dare” as he put his foot up on the chopping block. It was the principle of the situation that caused him to keep his foot in place as the bully swung the ax down completely severing Dad’s toe. One can’t back down from a bully, you see. Once you issue the challenge, you must stand by it… even on one leg and without a toe. It is important to note that Dad was effusive in his praise for the country doctor who re-attached his appendage, and the bully got in big trouble. My Dad truly counted this as a win.

My parents had a traditional marriage, by which I mean he worked at a job, and my Mother did just about everything else. On the rare occasion that he was left completely in charge, sometimes things did not go to plan. One lunchtime when attempting to make corn chowder, he mistakenly poured a can of green beans straight into the mix. It was a terrible flavour combination, which he nonetheless intended to serve. I objected. He seemed offended… but he couldn’t bring himself to eat it either. And thus, I was sent back to school after “lunch” with a peanut butter sandwich and a “Don’t tell your Mother”. Likewise, he was mad, but imploring secrecy, when I dyed my hair purple at 16 while my Mother was visiting my brother in Newfoundland. He was kind of like a substitute teacher, but with home-court advantage.

He was, however, a master at Sunday breakfast. Every Sunday after church, he made us all pancakes… not the boxed  “just add water” pancakes… they were from scratch. I wouldn’t have had to tell my Mother about the soup if he had just stayed in his wheelhouse and made us pancakes for lunch. I don’t think he thought one could eat them on a weekday… unless it was Shrove Tuesday. It is a sadness that Randy never got to experience my Father in his pancaking prime.

Dad was selective when it came to information. If you asked, he might provide little; and if you didn’t, he might give you a lot. By way of example, he once had an unfortunate incident with an electric fence. During the subsequent medical interview at the Emergency Department, Dad left out the fact that he had a pacemaker while discussing his chest pains… and apparently, the doctor had to tease out of him that the reason he hit the electric fence was because he was kicked in the chest by a horse. It was only the hoof print shaped bruise on his chest that opened the door to questioning in this regard.

As for too much information, my Father was constantly reminding us not to do things we had absolutely no intention of doing:
“Don’t back into your Mother’s car.” “Um, why would I?”
“Don’t run over your foot with the lawn mower.” “Good plan.”
“Don’t get hurt on the fireplace!” “For goodness sake, I’m not going to.”
But the question has to be asked – why would you construct a house with a sharp and pointy fireplace edge right where everyone would walk or sit? If I had $1 for every time I was told to watch out for the fireplace – I would literally be a millionaire.

Dad was able to come up with any number of scenarios and potential catastrophes when trying to convince you to do or not do something. I recall a proposal to go sailing with my brother, David, and his family in the Florida Keys one Christmas. Dad went through all manner of potential disasters until he landed on the absurdity of pirates as a reason to abort the plan. It wasn’t that he was paranoid or crazy; he just didn’t want to come out and say he didn’t want me to go. I don’t think he could imagine what a Christmas would be like without one of his kids at home.

He had one other informational quirk that I think he only shared with me. I’ve never asked my brothers, so I’m not sure. But every single time there was even the slightest thing wrong with my Mother medically; he sat me down and earnestly explained, “This might be it”. I had this chat at least six times with my Father, and really after the third one, I was ready to kind of roll the dice in terms of being prepared for the worst. But he wasn’t. To her credit, my Mother is still standing.

Due to the advancement policies of his workplace, my Father could not move beyond the 1st Level of management. He found many employees he trained passing over him, which must have been frustrating. That said, he was widely respected by upper management for his knowledge base and his ability to train others. He was especially liked by the technicians who learned to excel in their work through his instruction.

Having started his work life as an Electrician’s Apprentice and then a Technician at Maritime Tel & Tel, my Father could read a circuit in an instant. This really came in handy for his children for their Grade 11 Physics exams. We may have lost points on how we determined the charge of the circuit… but we were never wrong in our calculations. One teacher just gave up and invited him into the class to demonstrate his method. Like the MT&T Technicians, our Physics Teacher learned a few tips and tricks that day as well as us students.

My parents sent us to private school for several years, at a time when my Dad was a manager at the Phone Company and we were a one-income family. It was a sacrifice, as I have come to realize, also having three kids in private school and university. He said that pretty much everything can be taken away from you except your education. He said that he was going to see that his children had the best education possible and he worked hard to ensure that happened.

When we were little, he also made sure that every summer we had a fun vacation. We went often to Prince Edward  Island in a cottage or a camper, and he worked weeks in Halifax and joined us for weekends. When he had vacation, he would join us for a week or two. We had such fun exploring the beaches and attractions. He often saved us from jellyfish, riptides, and undertows. There were also many a weekend day trip to visit cousins throughout the province. When we were all grown, Dad loved to travel with my Mom, so long as it didn’t involve airplanes. He was convinced to take a cruise… once; and while he loved it, it was never repeated. In truth though, he pretty much only traveled to see his sons and grandchildren. Virginia was the destination of almost every trip.

At his retirement from the Phone Company, Dad remarked that he had always wanted to be a businessman, or a horseman, or a lawyer. He was proud to be able to live out these aspirations through his three children: David (engineer & businessman), John (horseman) and me (lawyer); and he showed a tremendous interest in each of our career paths.

The man felt deeply and he loved deeply. He was extraordinarily emotional about pregnancies, childbirth, and children. He was the most enthusiastic and involved grandfather imaginable to his grandchildren: David Paul, Juliana, Beatrice, Sophie, Julian, Teagan & Sawyer. Puppy was proud of all of them and their accomplishments even more than if they were his own. There wasn’t one swimming badge or gymnastics competition or graduation that he didn’t brag to everyone about. If one of them called to say what they got on their recent Math test – he would be talking about it for the day. Puppy’s wallet was stuffed with their pictures. Indeed, it is almost impossible to find a photo of him without at least one of his seven grandchildren beside him or in his arms.

He’d gladly spend hours in a rink or in the stands watching his grandkids. And with his own kids, he was always with us for our sports or contests and even coached our teams where he could. It could be rough. He expected us to do well, but he was consoling when we didn’t.

I loved my Dad because he was always there for me no matter what; sometimes with unwelcomed advice…, which, if I’m honest, was probably pretty good.

I won’t lie – he was hard on his kids. If you got an A, he wanted to know why you didn’t get an A+. If you did something stupid, he told you so, very directly. He also hated equivocating. He could be frustrating, but his parenting-style made us decisive and he pushed us to be the best we could be… which is something I appreciate now as a parent.

Over the last few years, my Father’s memory was in sharp decline, but he remembered each of us with great affection to the end. A rare, beautiful moment of lucidity happened on his deathbed, just like in the movies. I will hold it in my heart for the rest of my life. Even if the last two years had weaned me a bit off of his wisdom and company, it didn’t extinguish my love for him. It just made being with him a lot more one-sided than it should be. I’m sure my first two years weren’t great for conversation, and his last two were the same… so we are even.

Goodbye, Dad. We will all miss you. I miss you already.